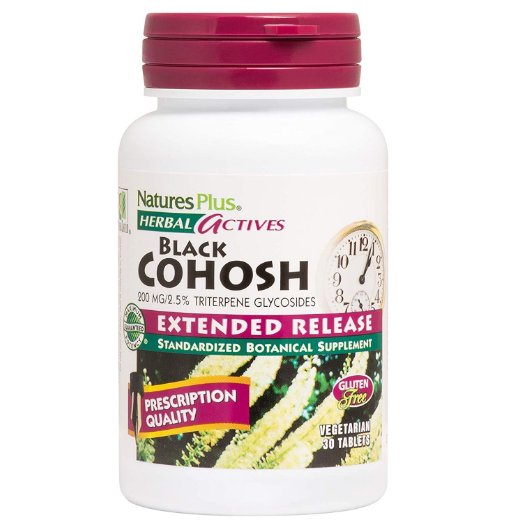 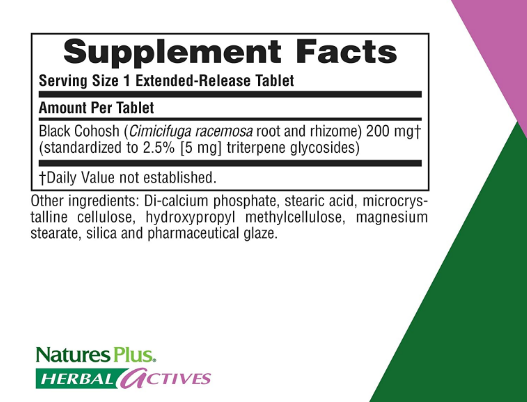 Black Cohosh has been used by generations of Native American to nutritionally support well-being during menopause. Experts suggest the effectiveness of black cohosh is a function of its phytoestrogenic activity. Each capsule of Nature's Plus Herbal Actives Extended Release Black Cohosh provides the greatest concentration of phytoestrogens found in this unique herb, while maximizing the synergistic benefits of cofactors found only in the whole root.

Parts Used and Where Grown
Black cohosh is a shrub-like plant native to the eastern deciduous forests of North America, ranging from southern Ontario to Georgia, north to Wisconsin and west to Arkansas. The dried root and rhizome are used medicinally. When harvested from the wild, the root is black in color. Cohosh, an Algonquin Indian word meaning “rough,” refers to the plants gnarly root structure.

Historical or Traditional Use
Native Americans valued the herb and used it for many conditions, ranging from gynecological problems to rattlesnake bites. Some 19th century American physicians used black cohosh for fever, menstrual cramps, arthritis, and insomnia.