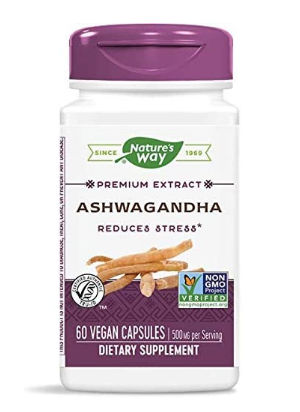 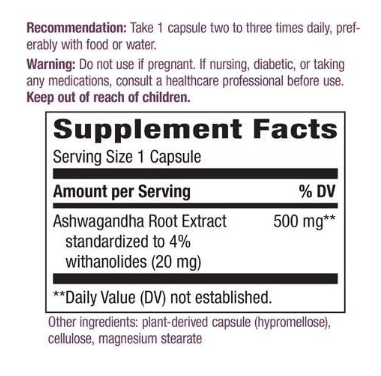 Nature's Way Ashwagandha extract is standardized to 2.5% withanolides. Ashwagandha has been traditionally used for its adaptogenic benefits and is considered a vitality tonic. It is considered to be an antioxidant considering that it has many of the properties of an antioxidant. The Native Americans traditionally used Ashwagandha as a treatment for cerebral disorders in the elderly (memorly loss). Research that was conducted showed that Ashwagandha is very similar to GABA (gamma-aminobutyric acid) which indicates why the shrub decreases the effects of anxiety.