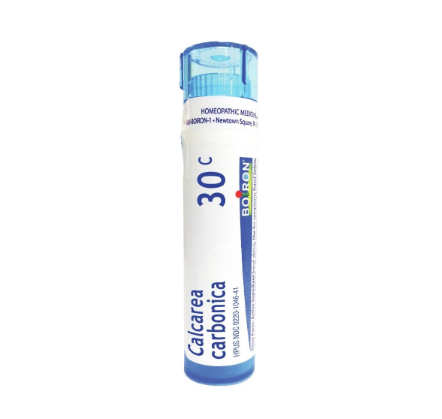 Calcarea carbonica is a mineral remedy that is a form of Calcium which can be found in nature in different niches, from limestone to eggshells. When it is prepared as a Homeopathic medication, it is diluted repeatedly so that it works as a stimulant, rather than as a suppressant. Calcarea carbonica is well known for its treatment in chronic fatigue. In fact, it is a remedy that works best in patients who are chronically tired and lacking in energy.

The root of the fatigue in some of these cases can often be improper nutrition. Many Canadians maintain a diet that can be high in fats and sugars and low in nutritional value. While Calcarea is not the replacement for nourishing food, it can help patients who have a history of a bad diet and chronic fatigue. Sub-standard diets also lead to longer term issues, such as weakened bone structure and skin conditions. As a derivative of Calcium, it is only natural that Calcarea carbonica can help fortify the bones of patients who suffer from such affectations.

In the instances of skin irritations, this remedy works quite well for individuals who have ulcerating and unhealthy-looking skin.  Those with acne outbreaks and skin growths can also benefit from Calcarea. Eczema, which is rapidly becoming a common occurrence in today’s population, can also be treated with this prescription. It is a uniquely effective remedy for Eczema in infants.

Calcarea carbonica patients also tend to have weakened immune systems. They catch colds easily and tend to become quite congested with mucous in the sinuses.

They are reliable and safe drugs, therefore considered by many as an excellent first choice when self-medicating. Homeopathy has been used for more than 200 years, building a remarkable safety record and generating a great body of knowledge.

Today, homeopathy is used by millions of patients in more than 65 countries and recommended by more than 400,000 healthcare providers.