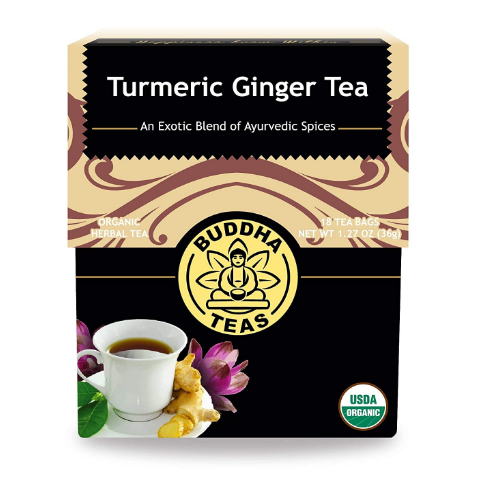 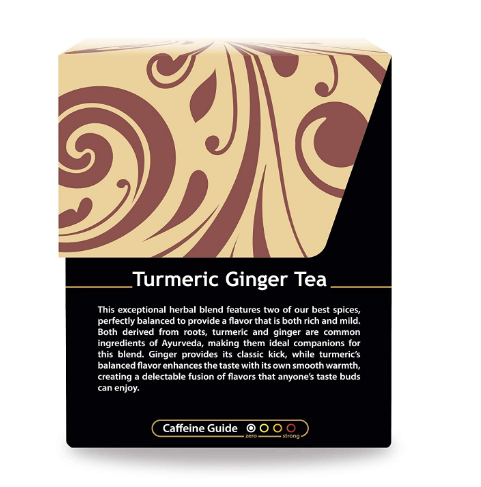 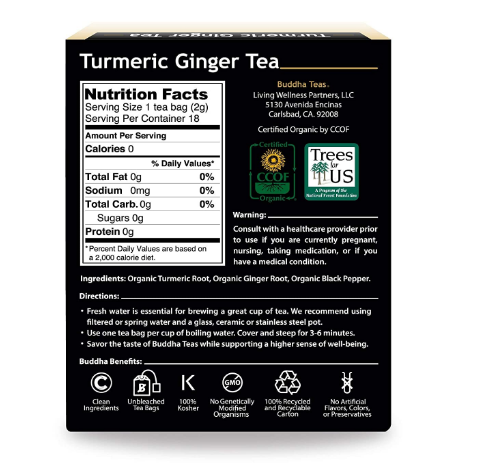 Three minutes doing a web search for what turmeric is good for and you’ll discover so many touted benefits you’ll wonder why we can’t just live on it! It’s not exactly the turmeric itself, though; the magic stuff hidden within, curcumin, is what makes this ancient root so exciting as an anti-inflammatory and anti-oxidant. When paired with its BFF, ginger, this golden cup of warming delight is simply the bomb. This potent anti-inflammatory, antioxidant duo boasts superhero status, and has made our Turmeric Ginger Tea one of our most popular, and powerful, teas for those seeking easy, delicious ways to attain greater health and vitality. The pungent, mildly bitter taste of turmeric, when combined with slightly pungent, delightfully sweet ginger, makes an obvious perfect combo.

What Exactly is Turmeric?

For thousands of years, India has been the largest turmeric producer on the planet. Though today it is cultivated throughout the world, we often associate its strong flavor with Indian foods, and its ayurvedic reputation as a powerful healing agent for a myriad of conditions. With its pungent taste and bright yellow color, combined with its notable popularity as a healing agent, turmeric has earned a distinctive, and distinguished place in both the kitchen and the medicine cabinet. Turmeric may be the “it” food product of our times, but it’s ancient to modern usage in the Hindu culture spans from wedding rituals, to clothes dying, to healing salves. Today, piggy-backing on another culture’s blessings is normal, and we take it for granted. For those interested in learning more about the plethora of uses for turmeric, the information is vast and readily available via the internet.

What Exactly is Ginger?

Shaped like a horn: this is what ginger means in Sanskrit. This ancient spice, first cultivated and used in ancient China and India, was reportedly recorded in the writings of the Chinese philosopher, Confucius, best known for creating and espousing the Golden Rule, which preaches that one should not do to others what one would not want have done to them. Closely related to turmeric as a root, and a powerful healing spice, China, India, and Arabic cultures have included ginger as a staple in their diets and medicinal remedies for countless years. Best known perhaps as an effective aid for stomach ailments, most notably nausea, ginger is a common inclusion in the foods of many Asian cultures.

What Does Buddha Teas Turmeric Ginger Tea Taste Like?

Warming, spicy, earthy, pungent, sweet … all the yummy tastes that a health-oriented, traditionally-minded, well-reputed tea blend requires. This popular blend is one of our best-selling, and most beloved teas.

How to Make Turmeric Ginger Tea

To enjoy a delicious cup of Buddha Teas Turmeric Ginger Tea, use 1 bleach-free tea bag per cup of water heated to about 205°. Cover and steep for 3-6 minutes, depending on how strong you desire the flavor. Remove tea bag and enjoy! Add milk of choice, such as almond, soy, cow's milk, or even coconut. When a sweet treat feels right, we enjoy stirring in a dash of honey as well.